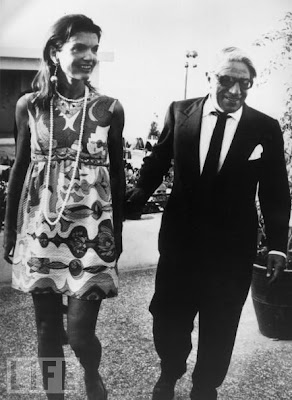 
On what would have been her 80th birthday, I'm going to suggest a revisionist theory - that Jacqueline Kennedy's years as Mrs. Onassis (from 1968 - 1975) were not the emotional wasteland and loveless rebound of popular opinion but an interesting and refreshing period of her life. My evidence is the pictures from this period selected by Life Magazine for their website. Judge for yourselves.

To me, in these pictures she looks happy and svelte and stylish, while Aristotle looks surprisingly hip in a proto-90s/Tom Ford jet-set way. I may be obsessing on consumerist values these days, but I feel like the current economic situation and society's economic and cultural values are so tied up with celebrity consciousness that there's much to explore and analyze.

So here's a view of Jackie - not as the demure First Lady, not the grieving widow, but a harbinger of the social x-ray, shopper celebrity, paparazzi target that we see so much of today. 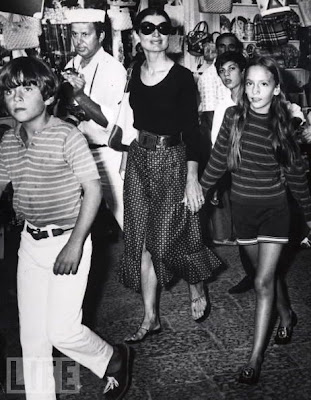 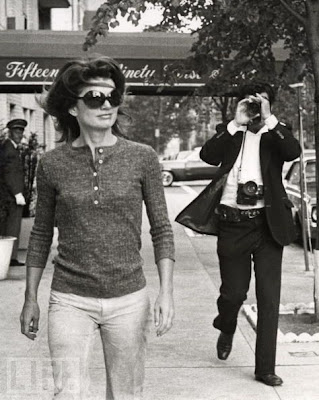 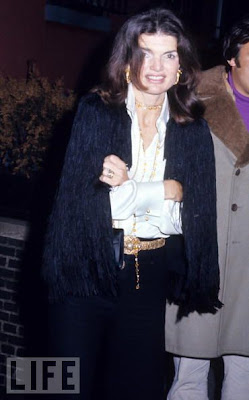 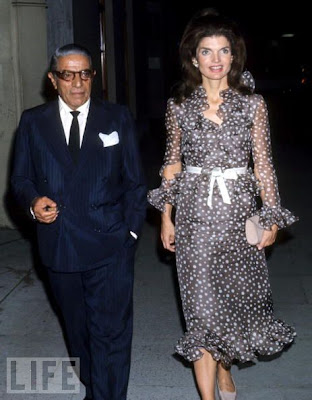 Jackie and Aristotle Onassis dress for a night out, 1970. Photo: Tom Wargacki/WireImage

Just because a person looks together, doesn't mean they are. I wonder how happy she was, really was, not appeared, before JFK died. He wasn't exactly the best husband, and PR is a magical thing.

I could be wrong, it has happened before.

I think your theory makes for a nice tribute to her on her 80th. I love the photo of her with her family in Capri. Beautiful.

I agree with Zander. What can we tell from these pic's? Not much.

All of our lives are too complicated to reduce to a few images, especially public ones.

I hope she was at least finding her life with Ari rich.

This is a nice theory on which I like to agree with you!

i like your theory. and i think leaving a club at 7 am morning says something.

Photographs describe surfaces and appearances. With imagery of any middle-aged person who's survived young tragedy, it's hard to be accurate when second-guessing meanings that contradict the photographs' description. John Szarkowski once called such efforts a fool's errand.