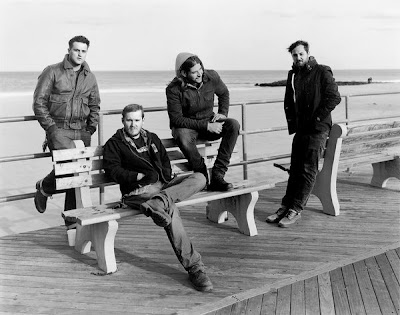 For this Sunday's New York Times Magazine, George Tice was commissioned to photograph the indie band Gaslight Anthem. It was a good pairing - the band considered to be the righteous heirs of the Springsteen tradition photographed by New Jersey's unofficial photographer laureate.

In there increasingly multi-media world that is the new reality of magazines, there is also a nice short video which you can see below which not only shows the shoot but presents a well edited selection of the pictures that Tice is so rightly renowned for

Thanks for sharing this!

love it. thanks, jimmy.