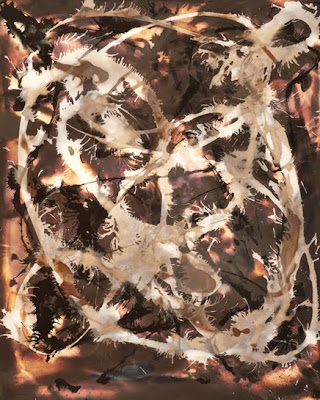 Two weeks left to see the latest development in the ongoing and fascinating career of Edward Mapplethorpe at the Michael Foley Gallery in New York.

In a career now entering its third decade, Mapplethorpe (the younger brother of Robert) has continually pushed the boundaries of what constitutes a photograph - moving from classical black and white portraits and still lives (which I have to remind people were as influential to his brother as his brother was to him) to photograms, to what is essentially painting with photographic material.

In his current work, titled "The Variations", Mapplethorpe has moved into Pollockian territory dripping and pouring photographic chemicals onto black and white photo paper with a mixture of spontaneous and controlled action. The densely layered abstractions were in part inspired by the artist's fascination with the classical pianist Glenn Gould and his iconoclastic re-interpretation of J. S. Bach’s "Goldberg Variations". When you enter the room you can feel the energy and dynamism that comes with breaking barriers. 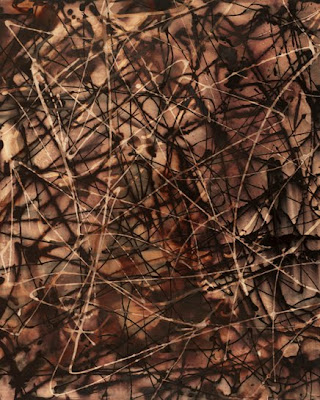 Posted by The Year in Pictures at 8:49 AM

That reminds me, I must netflix 'Thirty Two Short Films About Glenn Gould.' Amazing, amazing film. EM should collaborate with Walead Beshty. Not kidding.