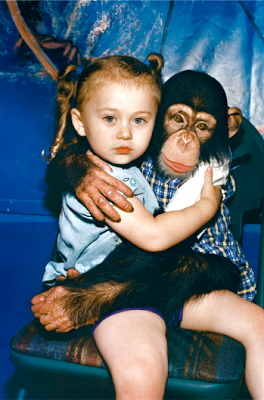 I first met Robin Schwartz in the mid-1990s after she had just published her first book– a collection of black and white photographs of monkeys living in domesticated surroundings. As well as being unusual and good photographs, the underlying theme of the work addressed the question of what degree of separation there was between man and animal and by extension the whole question of animal rights. I kept a box of her prints at my gallery and showed them whenever I had the chance, but in general they were not what people were looking for. You can see some examples here in the Primate Portraits section.

Now just over a decade later, Robin has had her third book published (by Aperture), a series of edenic color photographs of her daughter Amelia interacting with a range of animals. If Robin is the animal photographer, Amelia is the animal whisperer – a child who clearly has an unusual gift and connection with other species. As Robin told me, “Amelia is fearless. When she first met a kangaroo, she stuck her hands down her pouch to feel the joey! Nothing spooks her.”

The multi-level collaboration, between photographer, daughter, and animals have inspired Schwartz to broaden her style from a journalistic genre to a more contemporary art aesthetic. The photographs play with art and photo-historical references and I can easily see these pictures gracing the walls of collectors and museums. It’s an extraordinary pleasure to see someone whose work has always been good move on so effectively. 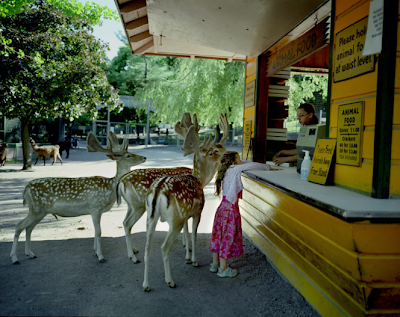 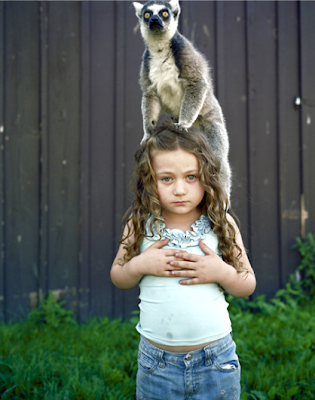 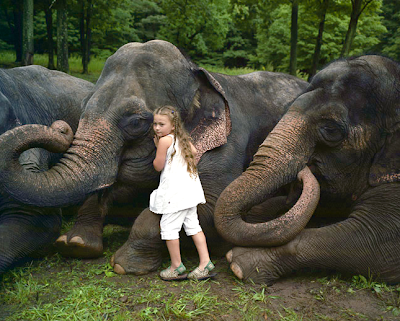 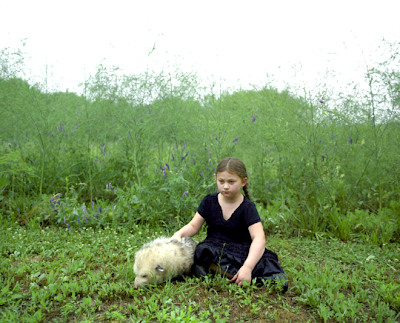 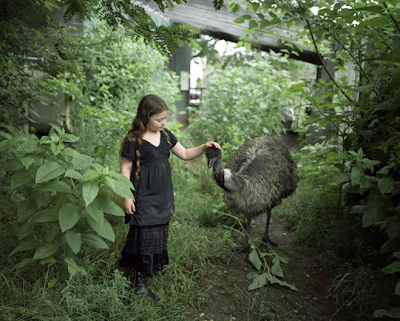 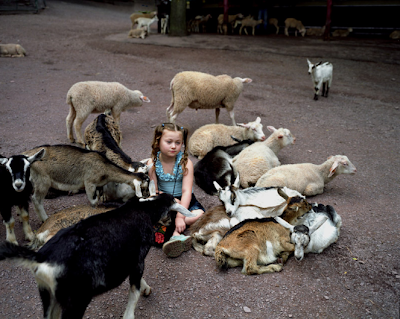 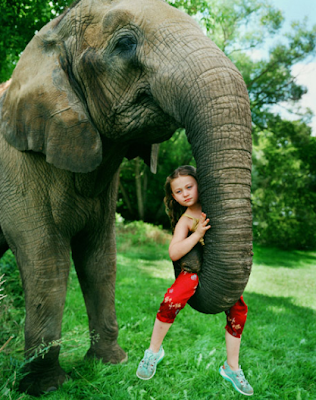 P.S.
After posting the above, Robin Schwartz sent me this picture taken just last week. 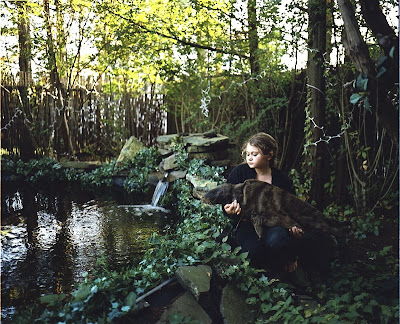 These pictures are gorgeous and I am SO envious of this child. I want these pictures on my wall - especially the one with the lemur.

wow.... I really want to get the new book. Has it been released yet?

These are incredible images.

These pictures are wonderful. Is the last animal a river otter?

Th book is out and available via Aperture or Amazon, etc..

Amazing photos! really! wow, love it,
my fav is the elepahant and the otter

these pictures are amazing...

Wow, what a lucky girl! One thing bothers me though--I don't see either the joy or wonder that I'd expect at the chance to meet and interact with these animals. There's even a few where she seems almost bored--ignoring the animal(s) that surround her and gazing off into middle distance.

Is this effect deliberate? I love the pictures where she's interacting with the animals, but I find the bored/serious tone a bit unsettling.

Robin Schwartz e-mailed me with the following response to comments:

The "selkie" object is a seal that was washed up onto the beach.

Regarding the bored comment, -this is an element I struggle with.
There can be a fine line between a snapshot of a your child with an animal as a personal
family document and a formal presentation of an encounter. These photographs are not
intended as documents or documentary series of Amelia's encounters.

animals are our equals if not our superiors.

Thank you for sharing these stunning pictures. They remind me vaguely of Sally Mann's work of her children. They evoke ambiguous thoughts and feelings.

Thanks so much for these, made my day!!

Wow these are fabulous pictures! I can't believe how relaxed she is around those animals. Pretty neat.

Amelia is the animal whisperer

i think these photographs are kinda brilliant. i like that they're so direct...matter-of-fact. i bet robin schwartz is fascinating.

Not only am I a huge fan of Robin Schwartz, but I have the privilege to know her personally. Amelia is one lucky little girl to have such a cool mom. Taking pictures with exotic animals at such a young age is like growing up in a fairy tale. Thank you for inspiring me with your amazing photographs. As always, I can't wait to see whats next.