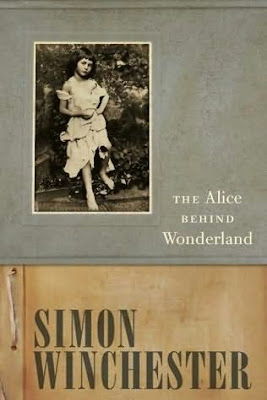 I do apologize for the gap in posting. Travel does that as it's often difficult to blog on overseas trips and then there's all the work to catch up on when you get back. There's also a lot going on gallery-wise which I'll update on soon, but it's all good.

One thing travel does afford me is the chance to catch up on reading. Something I'm really bad it during the normal course of events. Of course the books I read are usually photography related and this trip enabled me to catch up with two of the best books I've read in a long time.

The first - The Alice Behind Wonderland - by Simon Winchester is a short book but an engrossing and highly detailed account of the backstory and creation of Lewis Carroll's famous image of Alice Liddell as a beggar girl. Winchester's prose is somewhat breathless, but intentionally so, reflecting the pent-up emotions of both the artist and his time.

Winchester paints an engrossing portrait of Charles Dodgson, his Oxford milieu, and the Liddell family - Alice in particular. He also does an excellent job describing the evolution of photography in it's early days. Carroll's famous picture was taken in 1858, not far from the first days of fixing photographic images on paper. So it's an all round illuminating read as well as breezily entertaining. 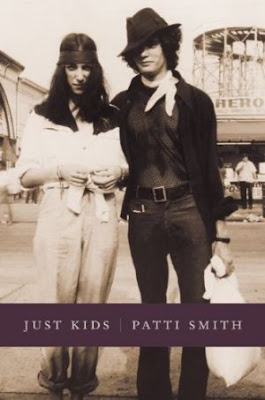 The other book, which I'm about halfway through, is Patti Smith's recollection of her friendship and relationship with Robert Mapplethorpe. I've never been a big follower of Patti Smith so it has taken me a while to get to the book in spite of its winning a National Book Award. However, Smith is a natural and highly gifted writer and the book is not what you would expect. It's really an account of growing up, of being poor and struggling artists, of living in downtown New York City in the late 1960s and 1970s, of finding your voice, and it's a love story that's complicated in the way love stories are where the love is real but there's something there to stop it from ever working out.

Posted by The Year in Pictures at 8:06 AM

I didn't know much about Smith, so I was surprised and delighted when I read Just Kids — she's so very generous and positive. And I had no idea that she knew EVERYONE back then! What a life.

I recently met Simon Winchester and discussed this publication and its use of a photograph as a basis for a "behind the story" book. How ironic (?) that it is paired with patti's "Just Kids" about her relationship with my brother. Synchronicity once again.

wow, didn't realize how much I missed your posts until they stopped. The books sound great; the patti smith was on my list to read and now I can add the Simon Winchester, an author I enjoy.

Appreciate you creating this blog and sharing your viewpoint. I like reading it within my lunch break at work.